Anyone who thinks of San Giovanni Rotondo as a small mountain village made famous only by the works of Padre Pio is gravely mistaken. Today, San Giovanni Rotondo is one of the largest towns in the entire province, thanks to an unprecedented expansion of the building industry that has enabled the city to become, in just a few short years, the tourism and economic epicenter of the Gargano and the area that encompasses Manfredonia and San Severo.
Without a doubt, it has the most hotels in all of Puglia.

There are about 100 tourist facilities, almost all of which are located near the Sanctuary of Santa Maria delle Grazie (Saint Mary of Grace) and the “Casa Sollievo della Sofferenza” hospital. When facing the mountain from below, the old town is to the right and the sacred sites and those invaded by mass tourism are to the left.
Two large parallel arterial roads unite the two cities: the past city of ancient and precious landmarks - including the churches of San Leonardo (Saint Leonard), San Nicola (Saint Nicholas), Santa Caterina (Saint Catherine), Sant’Onofrio (Saint Onuphrius) and Sant’Orsola (Saint Ursula) … and the archeological remains of the ancient village of Sant-Egidio (Saint Giles) - and the future, which to some extent has already arrived.
For all visitors, it is worth noting the construction site where the immense new Church of Padre Pio is being built. Designed by the architect, Renzo Piano, it can seat seven thousand worshippers and hold thirty thousand in the churchyard. It is estimated that approximately seven million believers come each year on pilgrimages to San Giovanni Rotondo, which more often than not are transformed into tourist visits.
From San Giovanni Rotondo it is easy to reach the coast, where breathtaking panoramas alternate with corners of unspoilt nature and the nearby towns of the Tavoliere and Subappennine region, where art and culture bear witness to the antique magnificence of this land.

The massive presence of tourists has facilitated the creation of a vast network of services and connected infrastructure. To this end, the coming months will bring development projects for the road that connects the center of Gargano with traffic flowing in from other highways and interstates, while within the city an automatic connection service will be built: a mini electric metropolitan system of cars with rubber wheels that run along steel tracks.
As regards services, the C.I.T., tourist information center, created by a group of hoteliers and managed by the Confcommercio, has been operating for 4 years now.
The service, to which businesses and hotels in neighboring towns also contribute, provides useful information on timetables and sites connected to Padre Pio, as well as a range of information on transportation (such as how and when one can reach San Giovanni Rotondo) and the tourist areas of interest in Gargano. 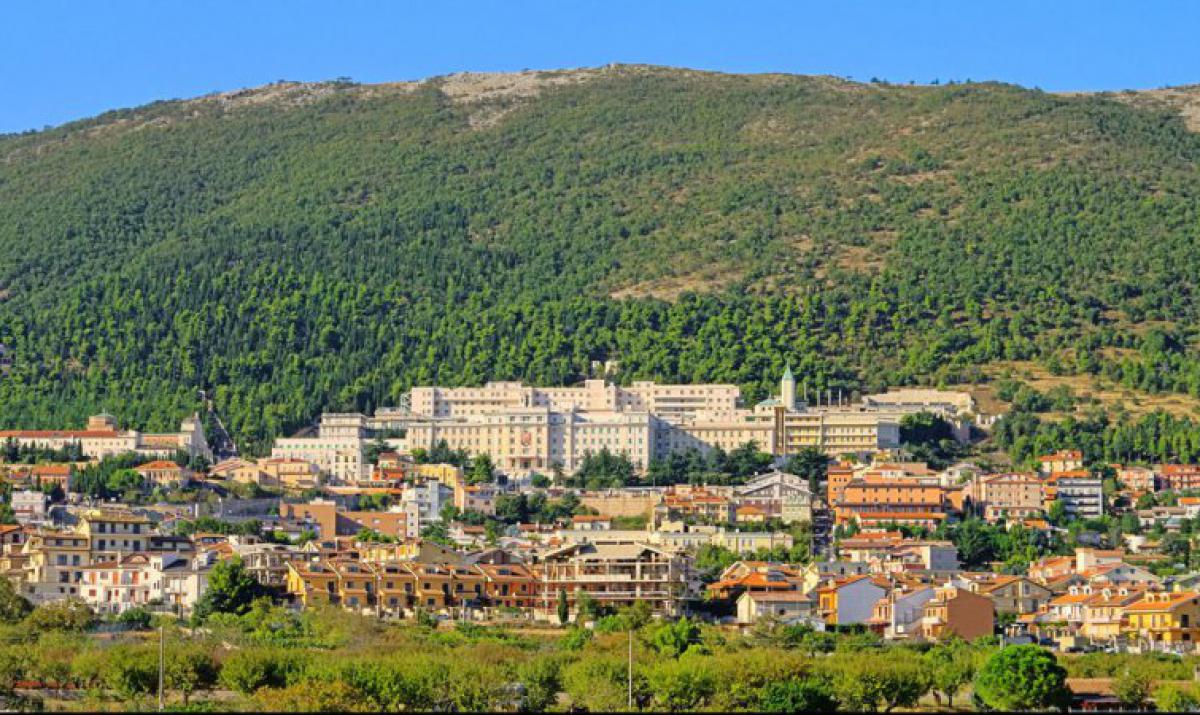