Located near Varano Lake, from which it takes its name, Cagnano Varano in collaboration with other municipalities has launched a development program for local businesses called "Gargano turismo", which in the future will bring a marked transformation to the economic environment.
Several hotels, campgrounds and holiday villages are already in operation near Cagnano and along the Foce di Capoiale. In the city, visitors can explore the Baron’s Palace and the Church of Santa Maria della Pietà
(Saint Mary of Mercy) and admire from its high ground the striking point where the isthmus of land separates Varano Lake from the Adriatic Sea.

Three kilometers away lies a cave where according to tradition the Archangel Michael appeared centuries ago. The economy is based primarily on fishing and agriculture, as is clear in the quality of the products that come from the lake, including eel and Conger eel, and the earth, asparagus in particular. 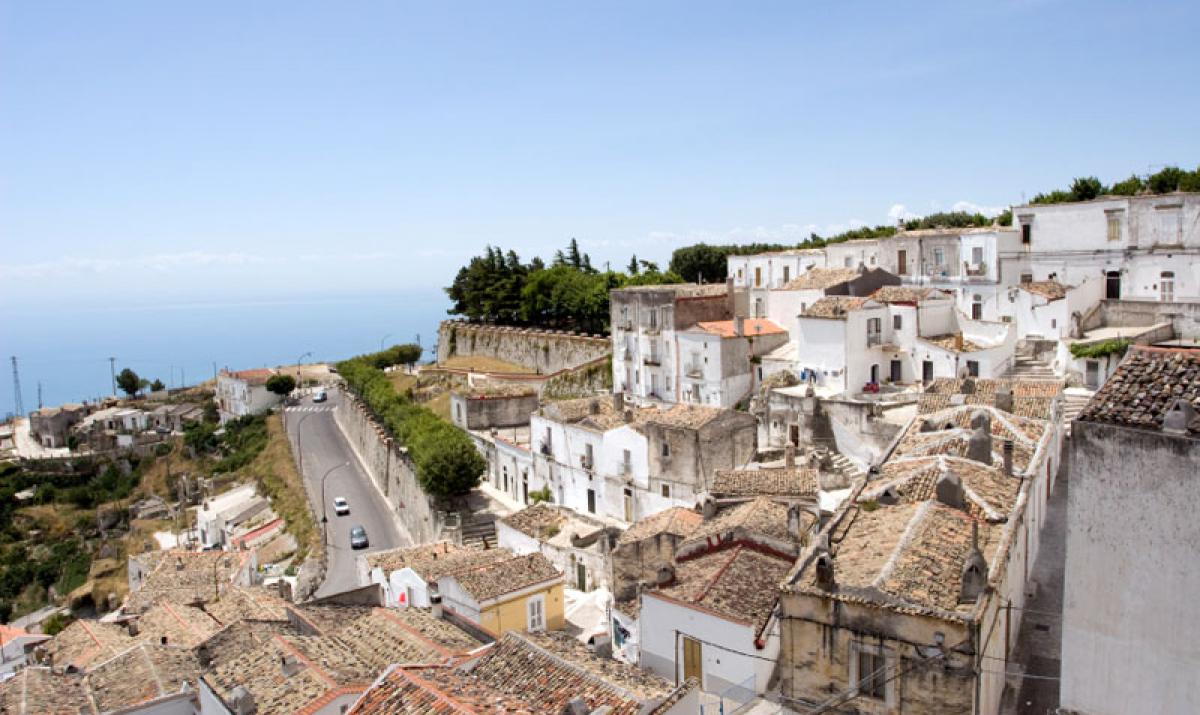