In the heart of the Tavoliere lies the “Santuario dell’Incoronata” (Sanctuary of Our Crowned Lady). It was founded in the 11th century after a shepherd discovered a statue of the Black Madonna in the branches of an oak tree. Returning northward up the SS 16 you’ll arrive in Foggia. The silhouette of the Cathedral, erected between 1172 and 1179, stands out in the city’s historic downtown.

The cathedral houses the ancient revered image of the Iconavetere. Approximately 30km from Foggia (SS 89) in the direction of Manfredonia and at the foot of the Sipontina coast lies the Abbey of San Leonardo, founded by the Canons Regular of Saint Agostino. From Manfredonia you’ll easily reach San Marco in Lamis, passing through San Giovanni Rotondo. On the outskirts of San Marco immersed in a forest, lies the Sanctuary of Santa Maria di Stignano (Saint Mary of Stignano), the cloistered structure built by Cistern Monks around the mid 1300s. The convent-sanctuary of San Matteo (Saint Matthew) lies on the opposite side as the inhabited city center.

The ancient abbey dates back to the first expansion of the Benedictine monks in Capitanata. In addition to the church and sacristy, the present day sanctuary also holds a library worth visiting. Heading east over several kilometers of valleys and basins, we’ll return to San Giovanni Rotondo. Here, we’ll visit the tomb of the Saint in the Monastery of the Cappuccini, as well as other places important to Padre Pio’s slow rise to beatification. Finally, we’ll explore his hospital, “Casa Sollievo della Sofferenza”. The final stop is in Monte Sant’Angelo. The Sanctuary of San Michele (Saint Michael), at a height of over 800 meters, has become a destination of pilgrims from all over the world. 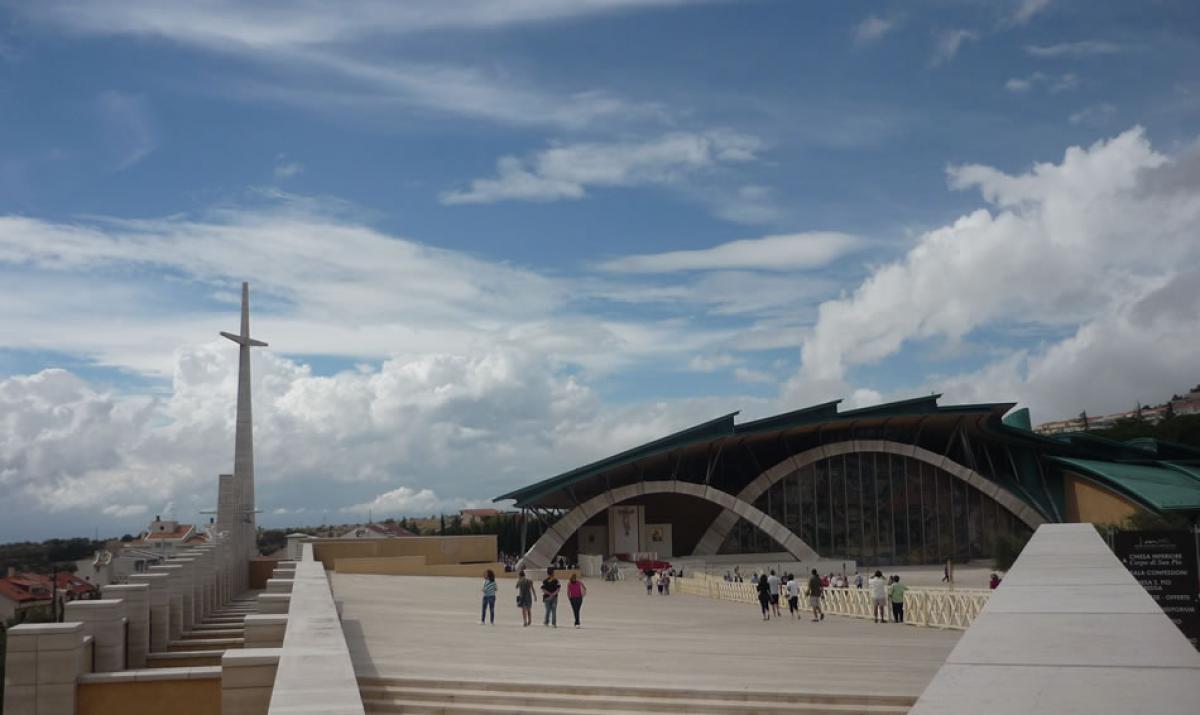