Located in the heart of the Tavoliere delle Puglie, Foggia is one of the most important strategic points within the road and railway communications network of southern Italy.
According to tradition, the city was established around the year 1000 when an ancient image of the Madonna enshrouded in veils was discovered among the waters of a bog (the present day Piazza del Lago), near the Cathedral.
Shepherds brought the icon to the nearby “Taverna del gufo” (Tavern of the owl), around which the first collection of houses was built. Thanks to its central position, it developed quickly, first under the Normans and then under the enlightened king.

It achieved the height of its splendor during the reign of Frederick II. Later, under the rule of the Aragonese, the customs house was established in via della Transumanza. But in 1731, under the Austrian vice-reign, an earthquake leveled the city to the ground. It wasn’t until Mussolini took power that it was reclaimed from the earth and underwent various other improvements.
In spite of the destruction it has experienced over the course of its history, Foggia has much to offer visitors. Unfortunately, the archivolt of the front entrance is all that remains of Frederick II’s ancient and magnificent palace, but visitors can also enjoy the Civic Museum, City Palace, “Palazzo degli Studi” (Palace of Studies), the “Consorzio di Bonifica” (Reclamation Consortium) and the “Palazzo delle Statue” (Palace of Statues). The traditional structures in Foggia include the Epitaph, the Church of the Cross and the Cathedral in the heart of historic downtown. 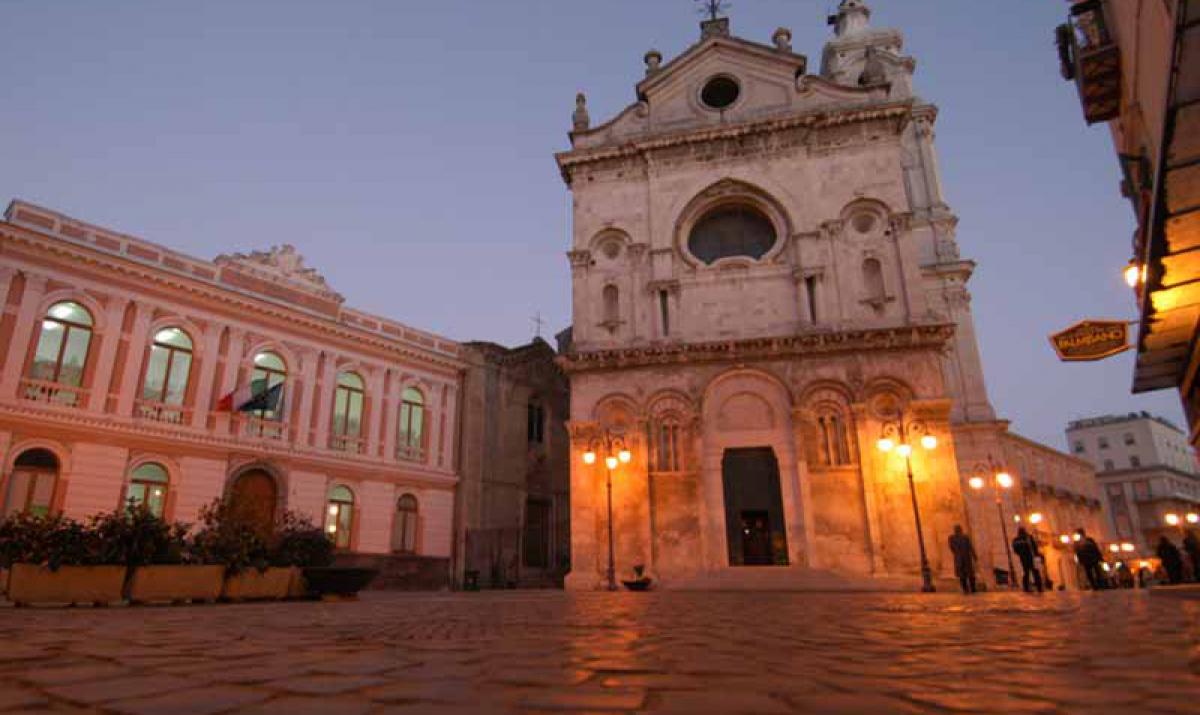