The best way to visit the coast of Gargano is by boat, particularly along the 40 kilometers of high jagged coastline between Vieste and Mattinata. Past Vieste, the first beautiful beach is near the “La gattarella” tourist resort, which is located within a natural park and covers a large area of tall pine trees and Mediterranean flora.

Opposite the resort lies a small island in the shape of a cat and a few kilometers farther south is San Felice beach, known for the “architello” of the same name cut into the rock. From here on the sand gives way to pebbles. Descending even farther is the Bay of Campi, one of the most intriguing inlets on the Gargano coast.
A few meters away we’ll find two small oxbow islands, which help to protect against the unpredictable sea. Directly below lies the Bay of Pugnochiuso and still farther south is the Bay of Zagarre, with two stacks that doze just a few meters from the banks, dominated by a sheer cliff and connected to the sea by two elevators. 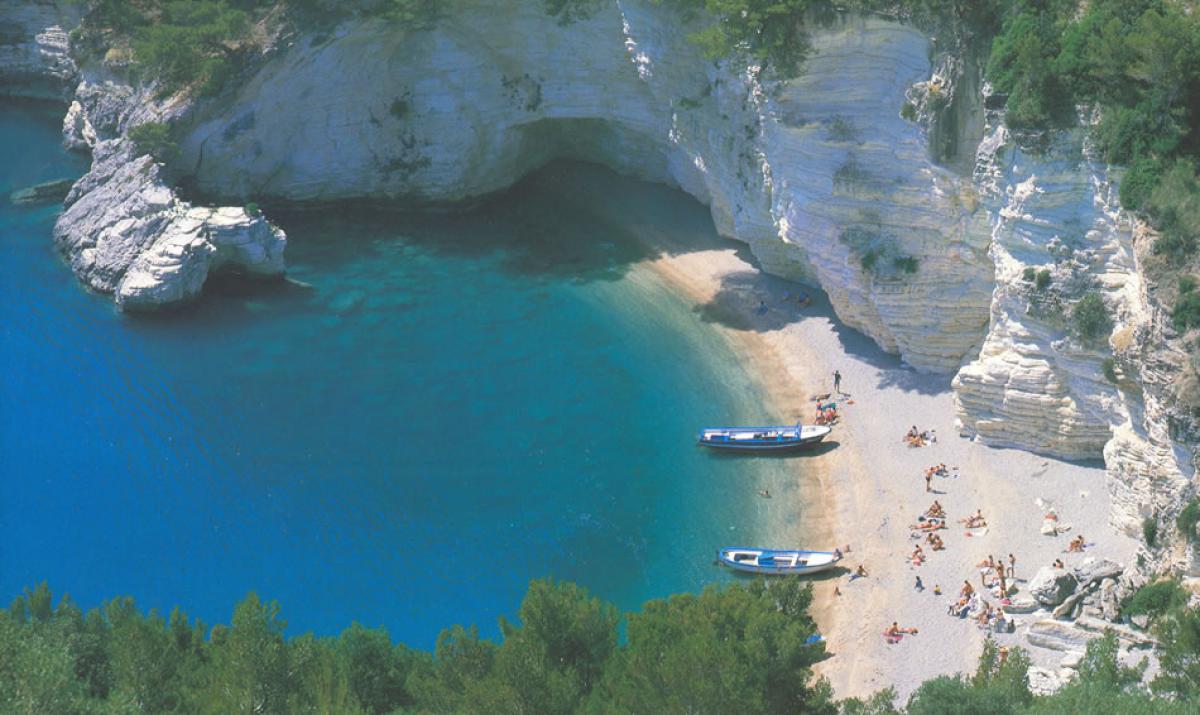