In northern Gargano, between the last slopes of Monte Pucci and the Torre di Sfinale, rises Peschici, known as the "Pearl of the Gargano" because of its position over a sheer drop to the sea (the name, “Peschici”, actually means “sea cliff”).
Recently discovered archeological finds suggest the territory has prehistoric and protohistoric origins.

The coast is rich in caves and inlets that form wide golden beaches. Hidden bays and coves open suddenly onto the rocky Garganic coastline. The town is characterized by a thick entanglement of alleyways and white structures, topped by the traditional domes characteristic of Moorish architecture.
Peschici still contains traces of the ancient and traditional Roman costumes of the "Prefiche" or the “crying women” who accompany the dead to their tombs. 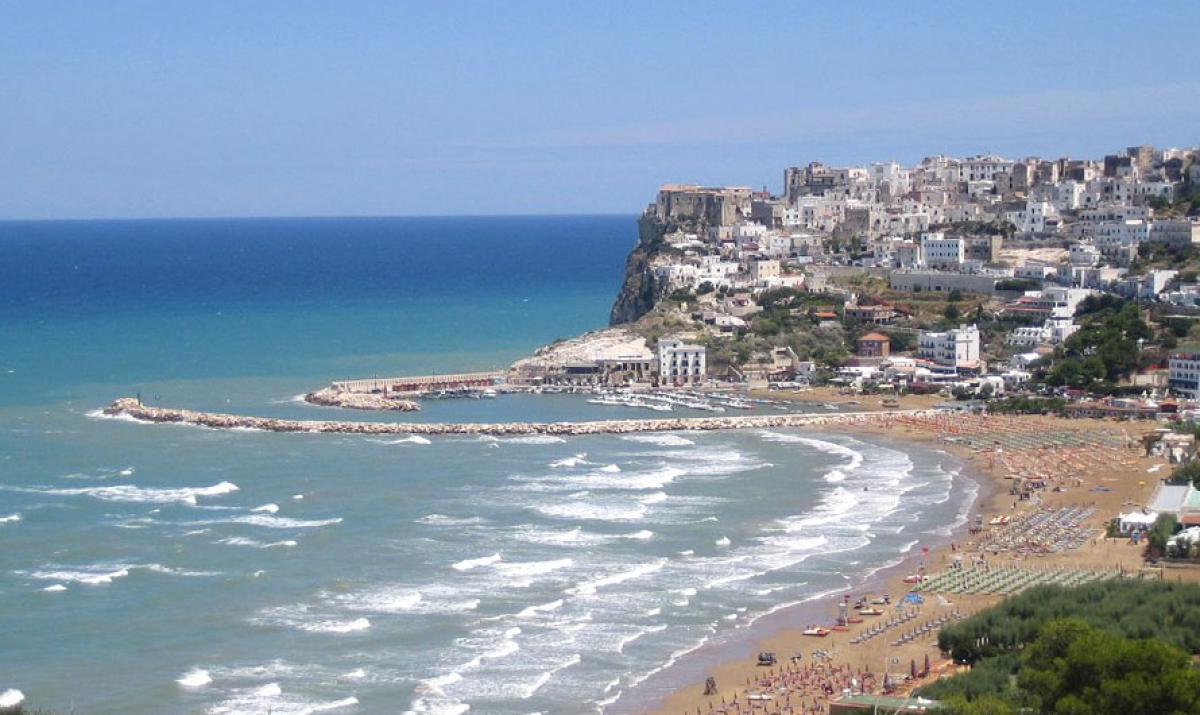